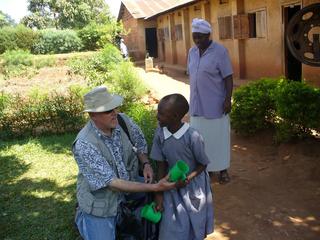 I first visited Africa south of the Sahara in January 2000 in order to research an article for the Wall Street Journal on ethnic conflict in the central African country of Burundi. My visit resulted in two front-page articles for the Wall Street Journal, one on a Burundian playwright who promoted reconciliation following a violent civil war and the second, a lengthy feature on the challenges of post-conflict resoluton and reconciliation between the Hutu and Tutsi ethnic groups organized by important actors in the international humanitarian community. In October 2000, I made my first of a series of three visits to Ghana, reporting for the Journal on how global economic forces were stripping Ghana of qualified nurses, and on the challenges facing a large African-American community in the cities of Accra and Cape Coast who had returned "home" to Ghana under a policy promoted by the nation's president Jerry Rawlings. In early 2002, I left the WSJ and went on to immerse myself in sub-Saharan African affairs for the rest of the decade, working first only as a journalist and then later teaching, researching and running non-profit training projects in the region. My efforts culminated in a three-year engagement with the Bill & Melinda Gates Foundation, where I consulted chiefly on the revolution in African agriculture that I documented in a seminal essay on the subject, published in 2008 issue by The Wilson Quarterly, a journal published by the U.S. Congress. During the course of my Africa engagements, I married Chizo Okon, of Port Harcourt, Nigeria; our adventures together became the subject of my 2009 memoir, "Married to Africa: a love story." . Some of my varied writings on African politics and society, including my essays on the transformation of farming and farmers, are collected in "Hotel Africa: the politics of escape." 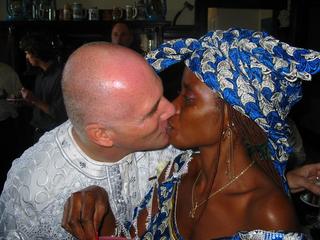 Some 20 years ago, I met an extraordinary woman in West Africa and we've been together ever since. Chizo Okon was born in Port Harcourt, Nigeria and spent her formative years in Owerri, the cultural capital of the Igbo ethnic group, of which she is a proud member. Chizo and I now live in the Bay Area, and we have a second home in Elele, Nigeria, where her mother and grown daughter live. 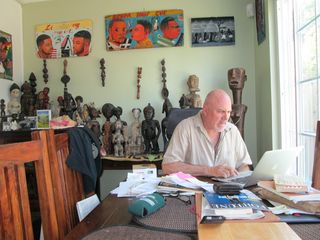 I'm drawn to traditional African art out of my own pursuit of a wholistic, or integrated, understanding of everyday life in the sub-Saharan. I'm especially fascinated by African efforts to balance traditional forms and values with contemporary practices and aspirations. By encountering the forms and images of African artists, both known and unknown, I am inspired and humbled.

Since 2000, I’ve spent a good deal of time traveling, reporting and studying in Africa. In 2002 and 2003, I lived in Accra, Ghana on a hill overlooking the city's Independence Square. More recently, I've spent considerable time in Uganda, where under a grant from the National Science I studied the emergence of academic computer science community centered around Makerere University in Kampala. In addition to working as a journalist in Africa, I also consulted for non-profit organizations and for foundations. In 2003, I cofounded the Africa operations of Journalists for Human Rights, a media training organization. From 2007-2009, I've consulted for the Bill and Melinda Gates foundation on African agriculture, health and media.

My work on Africa ranges widely over politics, social issues, business and technology and culture. I have avoided following the media herd, and I resist reporting on the sorts of disaster-disease-and-mayhem subjects that reinforce the image of Africa as hopeless and Africans as brutal, stupid or both. The picture I present of Africa is partial, biased in favor of hopefulness, positive action and constructive role models. I am ever aware of the disappointments, inequalities and sheer misery in many parts of Africa, but I have not yet chosen to allow these realities to fully define my view of this fascinating region.

Usually, I'm a critic of Western media representations of Africa (and I don't exclude myself from criticism either). My own relationships with individual Africans inform my critique of the mainstream "narrative" of the role of Africa and Africans.

For more on my perspective on how meta-narratives about Africa and Africans extert an insidious influence on literature about Africa, see my essay, "Stories We Tell About Africa and Those We Don't," in my 2009 collection of essays, "Hotel Africa: the politics of escape." The book also includes my widely read essay on the farming "revolution" in rural Africa. 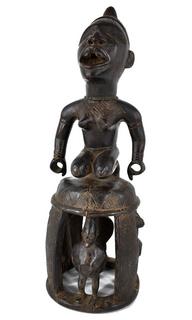 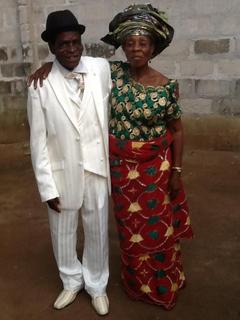