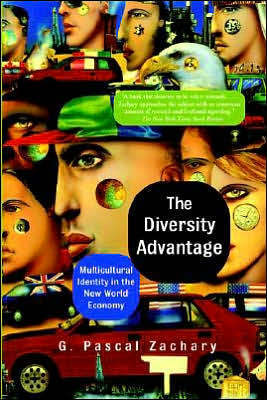 The Diversity Advantage: Multicultural Identity in the New World Economy

Excerpt from The Diversity Advantage:

"Diversity defines the health and wealth of nations in a new century. Mighty is the mongrel. The mixing of races, ethnic groups and nationalities -- at home and abroad -- is at a record level. The hybrid is hip. In a world of deepening connections, individuals, corporations and entire nations draw strength and personality from as near as the local neighborhood and as far way as a distant continent. The impure, the mélange, the adulterated, the blemished, the rough, the blue-and-blue, the mix-and-match -- these people are inheriting the earth. Mixing is the new norm."