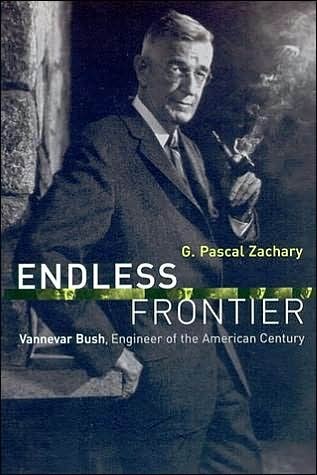 "This is a remarkable book about a remarkable man—and a must-read for anyone who wants to understand twentieth-century American history. Historians know Vannevar Bush as a brilliant scientist, engineer, entrepreneur, organizational leader, and powerful Cold Warrior. In this book, G. Pascal Zachary, Bush's biographer, carefully selects and wisely edits some of Bush's essays, correspondence, and speeches in order to reveal the aspects of Bush's intellect and character that underlay his extraordinary career: his deep personal integrity; his passionate convictions about democracy and science; a contemplative and subtle faith in a better future; his profound insights, based on years of experience, into the politics of his own times; and, finally, a prescient understanding of the complex relationship between technology and society."
Ruth Schwartz Cowan, Janice and Julian Bers Professor Emerita, History and Sociology of Science, University of Pennsylvania

"A brilliant engineer and incisive intellectual, Vannevar Bush stood at the crossroads of science and government policy at the height of the so-called American Century as few figures in history ever have. His penetrating reflections on the public role of scientists in a liberal democracy, a perennial concern, help give this collection an abiding, even urgent importance.
Sean Wilentz, Princeton University and author of The Rise of American Democracy: Jefferson to Lincoln

"In the aftermath of World War II, it was not at all certain whether the United States would sag back into the Great Depression. Fortunately the nation had sound leadership, and one of those distinguished leaders was Vannevar Bush.... Today from the vantage point of the digital revolution, we need to honor leaders like Bush, as has G. Pascal Zachary by editing these significant essays, Bush's thoughtful writings deserve the careful attention of every citizen who seeks to understand how America was transformed in the years since 1945."

"Vannevar Bush not only had his hands on the pulse of early computing, he was the one making the heart beat. With G. Pascal Zachary's Essential Writings, there is a full resource for historians to fill this gap in early computing history."

"Zachary's selection of Bush's writings, and his insightful comments on them, are especially welcome today as the nation yearns for leadership in science and technology."